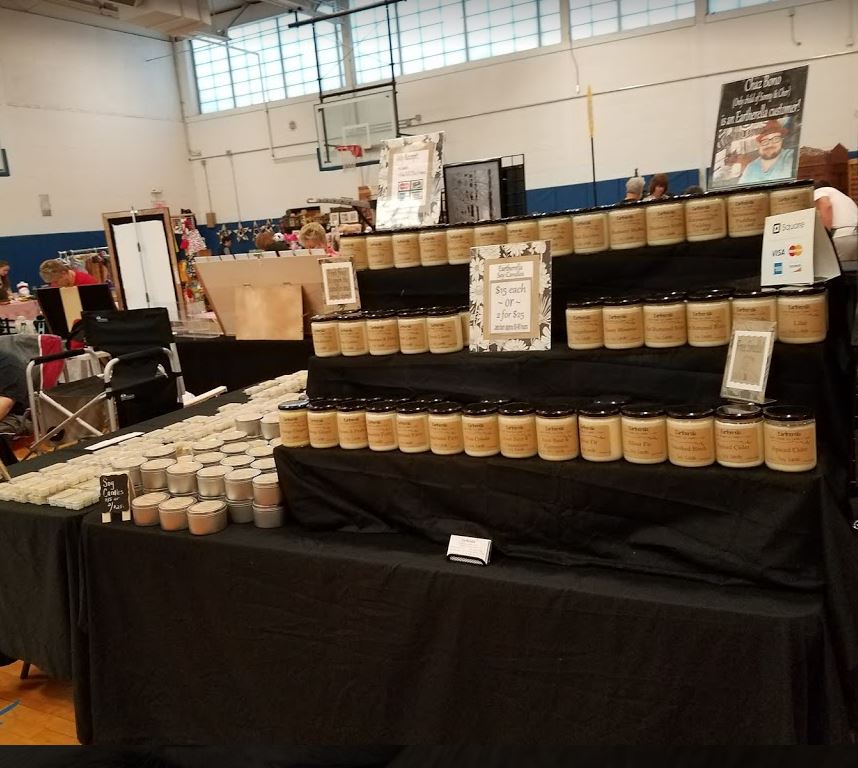 This was our 3rd year at Bloomfield’s Christmas show.   In previous years, there were a lot more vendors – many who even filled the hallways.  But due to a new fire code (?) they were not allowed to have vendors in the hallways this year.  The other change – which I thought was a positive one – was that all vendors had to have handmade items.  So, no direct sales or buy/sell items.

We were set up in the main gym again this year (upon request) and had a double booth.

I will admit, I did not have a whole lot of products.  Christkindl was last weekend, which wiped me out, and I did not have time to make a lot of new products for this show.  Which actually turned out to not be a bad thing, because there weren’t very many customers.   The show was pretty dead for the majority of the day.  A lot of vendors walking around, watching the clock all day long.  I’m unsure why the attendance was so low, as it’s a very well established show. 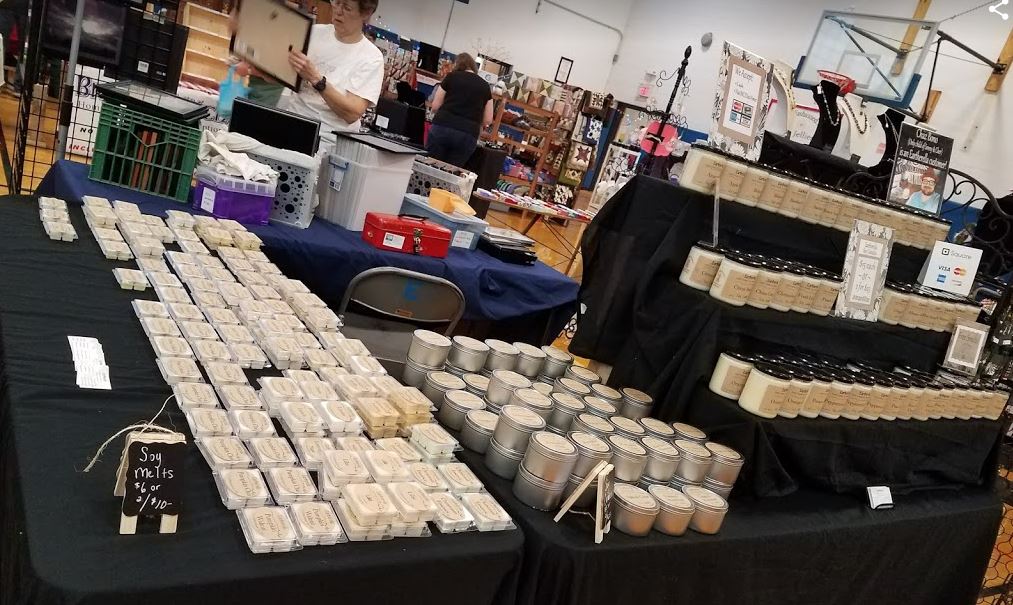 The weather was a comfortable 68º when we got there and were setting up, and it was 40º and sleeting when we were tearing down after the show!

Thanks to the customers who did stop by to the show this year!