Chaz Bono purchased an Eartherella soy candle and we have the photo to prove it!

We sell our products at local shows, there are a few retailers locally that carry Eartherella’s products, and we also sell them online through our website, on Etsy, and on Amazon, to name a few.

Our business has been growing, but imagine my surprise when I received an Amazon order and the name of the customer was Chaz Bono! I looked at the address and it was in the Los Angeles, CA area. But, I am skeptical by nature and was afraid this wasn’t THE Chaz Bono.  Lets face it – his mother probably has the most impersonators ever!  So, I went to Google Earth and did a search for the mailing address on the order. I then searched for photos of him on Google and YouTube, and there were several matches! Yes, Chaz Bono actually ordered one of my candles.

He ordered a Gingerbread candle, but I sent him several other scents of my soy candles, as well as a few packages of my soy melts. This was for Chaz Bono, after all!

In my package I sent him a letter, thanking him for his purchase, telling him that they were all hand poured by me, and I also mentioned that I loved seeing him on The Bold & The Beautiful a couple days last week (my favorite soap by the way!).

I also added a PS – “If you wanted to send me a selfie of yourself with my candle, I wouldn’t be mad at ya! lol”. I figured it was a long shot, and I didn’t want to sound like a stalker fan (lol) so left it at that.

I shipped his package out 2-Day Priority Mail, and all day Friday I kept checking the tracking number to see if his package was delivered. It showed it was delivered at around 3:30pm (6:30pm our time in NY). A couple of hours later, I received an email and it said it was from Chaz Bono. I literally screamed when I saw he had emailed me!

Hi Valerie, thank you so much for the candles, they smell excellent, and are just the kind of sweet spicy scents I’m attracted to. Having to 2 dogs and 3 cats, I like to light candles in my home a lot, and will definitely be a return customer. Here’s your selfie with your candle in it, as per requested. Thanks again for the goodies, and the complement about my work on B&B. I don’t know what’s happening with that show in the future, but I’ve got other projects I’ve shot or will soon, coming down the pike, including a movie I’m in, being released next month.

I was beyond thrilled with the email from him.  But when I went to see the attachment, the image did not come through. It said it was sent from his iPhone and for some reason, his attachment was a broken image. I tried opening that email in every application possible but I could not view the image. I was so bummed! I was dying to see the picture!

So, I emailed him back and thanked him for the email but let him know the photo did not come through. He ended up emailing me a couple more times trying to send me the photo, but it did not work. I told him I thought it was because it was being sent from his iphone and for some reason it wasn’t coming through. I didn’t want to bother him anymore and went to bed.

When I woke up Saturday morning, I had received another email from him:

Hopefully this will work better being sent from my computer, let me know if you still don’t get it, and I’ll try FB tomorrow.

And this was attached to it:

I about lost my mind!!! I was soooooooooooo excited I cannot even begin to tell you! First, I emailed him back and thanked him for going through so much trouble to get me this photo. (I had also told him in a previous email that I wanted the photo to share on my website & social media, so he knew this was going to be shared).

Can you say BEST DAY EVER??? I’m small time. I pour my candles with my own hands, in my own home in a tiny little town in Upstate NY, which has a population of maybe 2,000 people. Out of all the zillion candles out there, he chose MINE to purchase. This meant the entire world to me! And not only did he purchase one of my candles – he took time out of his very busy schedule to send me a personal thank you email, and then went through the trouble to send – and re-send this photo to me several times until it finally worked on my end.

What other celebrity would go through even HALF this trouble for someone? I don’t know of any.

I learned a lot about Chaz in this little transaction. He’s a real person, he’s down to earth, and he’s a genuinely nice guy.

I also want to add that you should check him out on Facebook. He has a lot of projects coming up, which I can’t wait to see him in. You can check out a clip of him as Jerry the Hoarder in the movie Dirty which comes out July 12th! I think we will be seeing a lot more of him on tv and in movies and I wish him nothing but the best!

And one last thing – if you want to purchase one of my candles (jars, tins or melts!) – use coupon code “ChazRocks” and save 20% through the end of June!

Due to COVID, we will not be participating in any public events in NY this year.  🙁 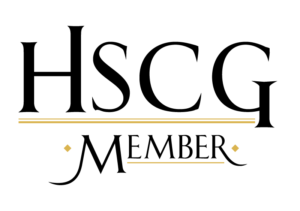