Eartherella was set up at St. Rita’s 32nd annual craft sale this past weekend.  We were here last year as well, and it was so nice seeing some return customers who came back for our stuff!

We were in the same room as last year (room #2) but we were on the opposite wall this year.  We have new, larger displays this year also, and we have added lots of products to our line since last year, such as handmade soaps and all natural pet products! 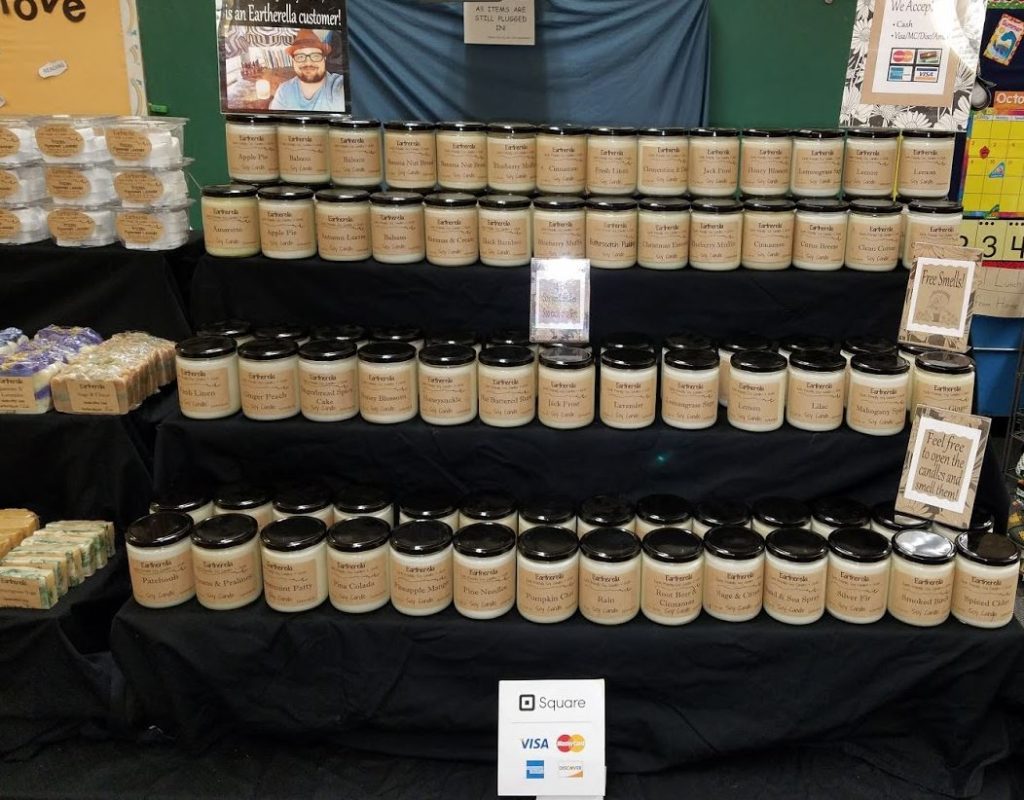 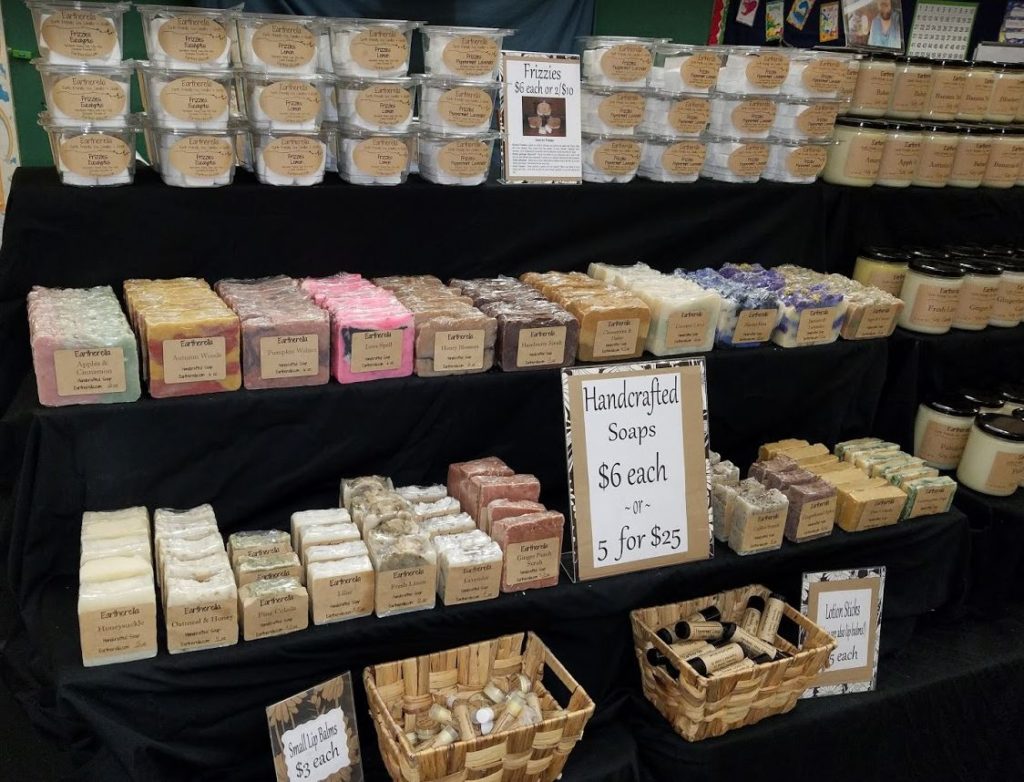 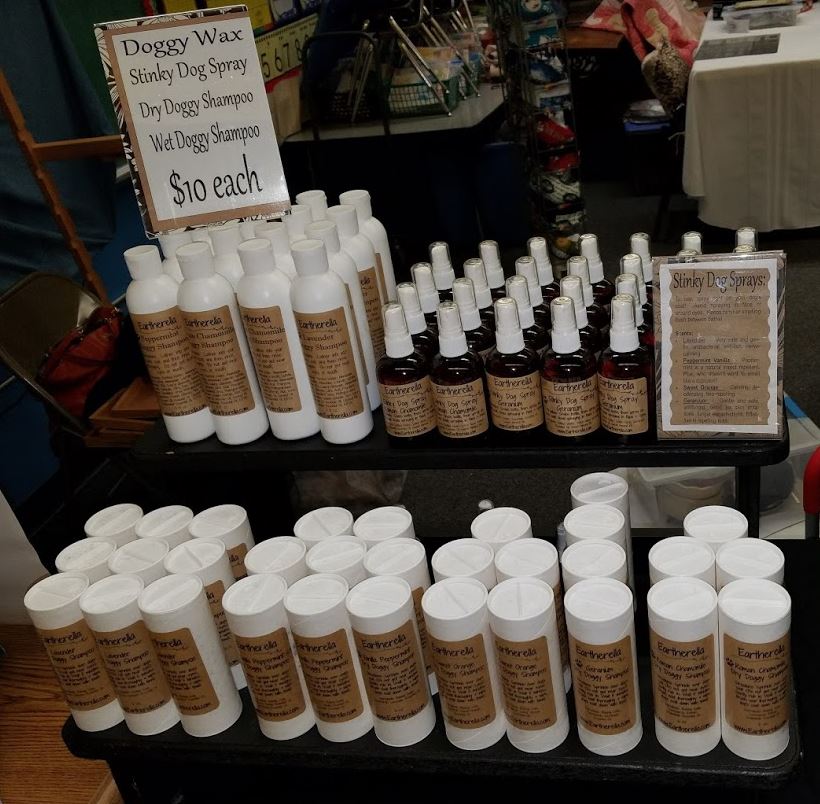 This year, St. Rita’s had over 100 vendors!  It was a beautiful day outside, and some vendors even set up outside.   The morning started off very well.  Mid-morning the fire alarms all went off, and the building was evacuated, including vendors.  So we all had to stand outside while the fire department did their thing to make sure it was clear to come back in.  After that, the show pretty much died down drastically.  Not sure if shoppers knew it was ok to come back in or what – but I think they all left! I was told last year that in previous years, there were so many people shopping this show, that there was barely “wiggle room” to get by each other.  But this year, the customers were pretty scarce.  Is the craft show hype dying down?  This has been something lots of vendors have been talking about all year.  2016 has been a strange year.  Some blame the weather, some blame it on it being an election year.  For whatever reason, I hope 2017 is much better!

Thanks to everyone who did come out – and please see our calendar to see where we will be next!